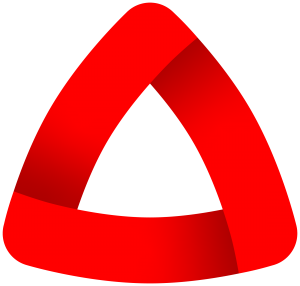 SportsPro Asia, in its new virtual format, brought together global stakeholders from across the Asian sports industry like never before.

Interested in aligning your company with the future of sports media? Contact a member of the team to discuss our various partnership opportunities for future events. Contact us

The greatest sports opportunity is engaging new fans through the most unique experiences. Amazon Web Services (AWS) is helping Formula 1, Major League Baseball (MLB) and many others to build a deeper fan engagement through advanced cloud services such as Amazon Machine Learning, AWS Media Services, and Amazon Content Delivery Services. Harness the speed, agility and innovation in the cloud while only paying for what you use, and benefit from fully automated resource scaling that let you handle any size audience without significant capital investment. Instead of managing complex infrastructure, video and analytics solutions from AWS let you focus on your fans, create new content, and delight viewers a personalized user experience.

Engage your fans and monetize your content with NAGRA Home of Sport.

Harness the passion for your sport and create a home where your fans can enjoy all your live matches with all the extras – replays, highlights, archives, news, scores, stats – updated daily with fresh content to embellish great sporting experiences.

For leagues and federations, including current customers such as the International Hockey Federation (FIH) and the Sports Vintage Racing Association (SVRA), NAGRA’s sports-as-a-service offering creates new levels of fan engagement, drives uptakes in their sport, tracks usage data and develops a database of players, fans and officials with a focus on business growth.

NAGRA is the digital TV division of the Kudelski Group (SIX:KUD.S) and the world’s leading independent provider of content protection and multiscreen user experience solutions for the monetisation of digital media

Verimatrix (Euronext Paris: VMX) helps power the modern connected world with security made for people. We protect digital content, applications, and devices with intuitive, people-centered and frictionless security. Leading brands turn to Verimatrix to secure everything from premium movies and live streaming sports, to sensitive financial and healthcare data, to mission-critical mobile applications. We enable the trusted connections our customers depend on to deliver compelling content and experiences to millions of consumers around the world. Verimatrix helps partners to get to market faster, scale easily, protect valuable revenue streams, and win new business.

The Olympic Channel is a multi-platform global media destination where fans can discover, engage and share in the power of sport and the excitement of the Olympic Games all year round. Offering original programming, news, live sports events and highlights, the Olympic Channel provides additional exposure for sports and athletes 24 hours a day, 365 days a year in 12 languages. The Olympic Channel was launched in August 2016 in support of the IOC’s goal, set out in Olympic Agenda 2020, of providing a new way to engage younger generations, fans and new audiences with the Olympic Movement. Founding Partners supporting the Olympic Channel are Worldwide TOP Partners Bridgestone, Toyota and Alibaba. The Olympic Channel is available worldwide at olympicchannel.com, its mobile apps and on Amazon Fire TV, Android TV, Apple TV and the Roku platform.

We are MediaKind, a global leader in media technology and services. Our mission is to build a media universe that continuously improves the ability of service providers, operators, content owners and broadcasters, to acquire and dynamically deliver high-quality content that transports viewers towards truly extraordinary experiences.

Building on a trusted heritage and culture of continuous innovation, we are uniquely positioned to push the boundaries of technology and are committed to shaping and leading the future of global media.
Our software-centric, cloud-based ecosystem opens up a realm of possibilities that allow our customers and partners to maximize the future of media by transporting viewers across linear, on-demand and OTT streaming services. This vibrant and adaptive approach enables extraordinary content experiences which can be discovered, explored and interacted with across any network, platform or screen, by everyone, everywhere.

These are the foundations of the MediaKind Universe – our leading, end-to-end portfolio of media solutions – inspired by decades of Emmy award-winning experiences – for: contribution and direct-to-consumer video service distribution; advertising and content personalization solutions; high efficiency cloud DVR; and TV and video delivery platforms.

Grabyo was a launch partner for Facebook Live, Periscope Producer, Twitter Amplify and has delivered more than eight billion video views for partners in 2018.

The Asia Video Summit is the the annual marquee event of the Asian video industry. Its goal is to take stock, tell the story and assess the state of the video industry as 2020 comes to a close. This year’s summit will be held from 10 – 12 November. Conversations will centre around the State of Free-To-Air and Pay Television, a deep dive into the Streaming Industry and Premium Advertising, the Technology that underpins the entire industry, and what lies ahead for Sports. In addition, there will also be a particular focus on Gender Equality in the Media Industry.

Click here to register and use the partner code AVSPN to receive an additional 15% off.

Titan Sports Media Group was initially founded in 1988 in Changsha, Hunan province as Titan Sports. At the time of its foundation, Titan Sports was a regional newspaper owned by Hunan Sports General Association.

Titan Sports is the most circulated sports newspaper in China. On 7 October 2001, China defeated Oman 1:0 in Shenyang to qualify for the 2002 World Cup, its first time qualifying for the World Cup. The issue of Titan Sports on 8 October 2001 had a record-breaking circulation of 2.6 million. It is still a record in the history of newspaper publication in China.

Titan Sports also holds Baijia Golf, a mobile App which is a platform where users can read the exclusive contents of Golf Digest, and get the up-to-date information of golf games, also a device for golf field distance measuring. It has its E-commerce service. Seven months after its online implementation it is worth 300million RMB and it raised 30million RMB in Serious A Round.

The Global Institute of Sports Business (GISB) is India’s first and only industry designed institute that provides a practical approach to sports management education with a clear focus on furthering individual growth, fostering student employability and generating sector impact. GISB has partnered with the University of Massachusetts Amherst’s – Mark H. McCormack Department of Sport Management for the flagship post graduate program and has affiliated with top global sports organisations including the Premier League, SD Eibar, Sportskeeda, Baseline Ventures and Fanisko amongst many others to further the student experience through customized projects, case studies, guest lecturers and internship / placement opportunities.

APB is a trusted source of broadcast and multi-media news in the Asia-Pacific region since 1983. As the voice of the industry, APB brings to its readers news, views and interviews as well as previews and reviews of innovative software-centric media solutions, best-of-breed broadcast equipment and best practices.

In January 2020, APB becomes APB+, expanding its editorial coverage to include the telecommunications and ICT sectors. It has recruited Raymond Tan, a technology writer with 30 years of industry experience, as its new managing editor; he has held various key appointments at Asia Computer Weekly, Intelligent Enterprise, CNET Asia, ZDNet Asia as well as Telecom Asia.

Global Sports is the leading careers platform for the international sports industry. We provide individuals with the essential tools needed to increase their employability and advance their careers in sport.